f you’re looking for an easy to moderate day-hike near the Bran Castle, we recommend taking this beautiful circuit hike that goes around the village of Moieciu de Sus and high into the Bucegi Mountains.

Moieciu de Sus is a resort village situated in the Rucar-Bran Pass, at the foot of the Bucegi Mountains, surrounded by hills and mountains of amazing natural beauty. It is located just 10 km from the Bran Castle and 40 km from the city of Brasov.

This trail will take you to the height of 1909 meters near Refugiul Saua Strunga. On your way you will be rewarded with spectacular panoramic views over the Piatra Craiului Mountains and the higher ridges and peaks of the Bucegi Mountains.

Quick info about the trail

The hike is of easy to moderate difficulty, 21 km long and should not take more than 6-8 hours to complete.

All the photos in the article were taken on May 11th 2019. Even if it was nice and warm in Moieciu de Sus, above 1800 meters there was still plenty of snow on the trail.

You can explore the map on the muntii-nostri.ro website from where you can also purchase paper maps in both Romanian and English.

You can download the GPS track from the wikiloc.com website. Wikiloc is a nice app you can use for navigation.

You will need comfortable hiking shoes and 3 layers of clothes as it can get really cold at 1900 meters.

You will need at least 1.5 liters of water, food for the day and don’t forget the sun screen.

The first 3 and the last 4 kilometers of the trail are discreetly marked with the red figure of a hiker on white background, so take a good look at the map and follow the GPS track if needed.

The rest of the trail is well marked, with red stripe and then with red cross markings.

The trail starts and ends in Moieciu de Sus, at the intersection of the streets Valea Bangaleasa and Valea Popii.

Start walking on Valea Bangaleasa street for about 200 meters until you spot a small wooden bridge on the left side of the road. Cross the Turcu river and continue upwards on the dirt path.

The path is not very well marked but it should be clearly visible. It ascends quite steeply at first and then continues on the contour lines.

After about 30 minutes you will intersect with the trail marked with red stripe that comes from the village of Simon. From there on, follow the red stripe markings all the way to Refugiul Saua Strunga.

You will pass by the ruins of Cabana Gutanu hut. In front you will have excellent views over the walls of Strungile Mari.

Important: The dogs at the sheepfold may start to bark at you. If this is the case, don’t panic, because they don’t normally bite humans unless provoked. Don’t run, stay put or walk slowly and call for the shepherd.

Refugiul Saua Strunga is a small hut located at the altitude of 1909 m. It was recently renovated and can be used as a shelter from bad weather or to spend the night if you have proper sleeping bags (it gets very cold during the night at that altitude).

In the first half of May, there was still a lot of snow above 1800 meters. The photo above was taken in the same day as all the others from this post.

Descend back to Moieciu de Sus

From Refugiul Saua Strunga head back on the same path for about 20 minutes until the red stripe and red cross markings separate.

Continue to follow the red cross markings on the path that descends towards the forest and then all the way to the asphalt road in Moieciu de Sus.

At first you will descend on a rocky path through the forest, cross over some streams and eventually walk on a wide forest road until you reach the barrier at the asphalt road.

Pass by the parking place next to the barrier, turn left and follow the path that goes up and then turns right.

The path is somehow parallel to the asphalt road, only higher and with awesome views. It is relatively wide in the beginning but it will soon turn into a narrow trail that passes through people’s yards.

On your way you will reach some small wooden gates. Pass through the gates but make sure to leave them as you had found them (either opened or closed).

Don’t try to jump the fences because you could break them and this will not make the locals very happy. Always look for the gate. 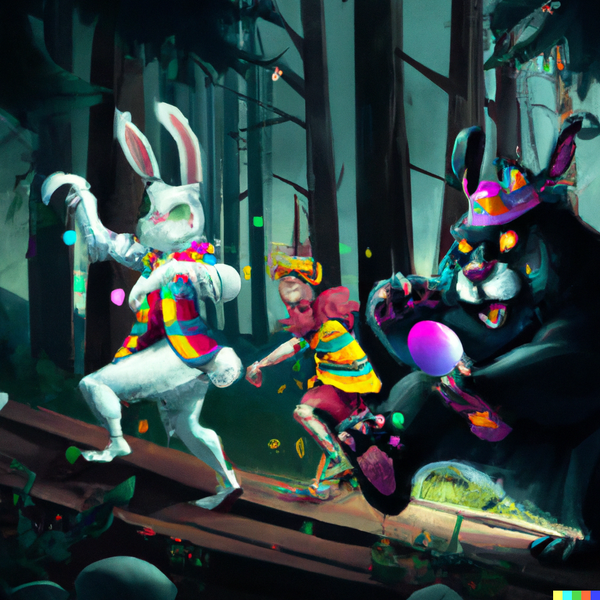 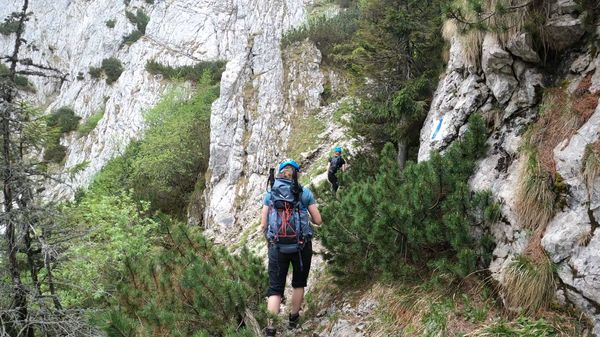